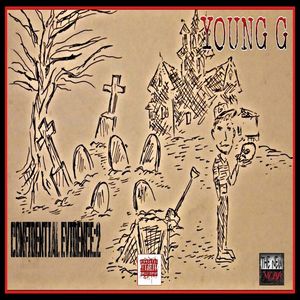 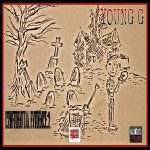 Young G aka Iceolated dropped a new mixtape called “Confidential Evidence 2” and it’s as dope as could be. Right out the gate Iceolated does it up with “G Thang.” Sampling one of Eminem’s best, “What You Done To Be” pays homage to the classic with the beat and the aggression in the delivery is on point as well. You can hear that the emcee is passionate about every word he spits out. With “Pretty Boy Swag” I was expecting a lighter tone, but instead that same angry vibe is going on.  Then with “My Best Friend” the tide changes with the music at least. All in all “Confidential Evidence 2” is a record that does not lack in the passion department. Iceolated is an emcee with a mission and he’s clear with it. Check him out now if you’re a fan of artists like Machine Gun Kelly. (http://www.datpiff.com/TG-The-Beast-Confidential-Evidence-2-mixtape.720276.html)

7 Solo has an abundance of things going on when it comes to “The Grand Incredible Mixtape.” “Relocator” opens us up to an emcee who has a light beat but a fierce bite. As we head onto “We Gone Make It Jump,” the intro sounds a bit like Jay Z welcoming us in, then things stray away from that and it turns into something that sounds like a song LL Cool J may have released around the same time he did that track for “Deep Blue Sea.” We pick things up and head to the dance floor with “Write One” and then strap up for “Boot Camp.” What’s great about that one is that it sounds like something you’d hear at an actual boot camp, one that Major Payne ran. When it came to “Wild With Cheese,” it was hard to say you knew exactly what to expect. It was a little street, but a little funky – in a good way. If you were to ask the direction this mixtape had, you’d be spinning in circles. It’s all over the place but in a way that makes you want to try and navigate it. If you like rappers who never cease to come up with something interesting, check out 7 Solo’s “The Grand Incredible Mixtape.” (http://www.datpiff.com/7-SOLO-The-Grand-Incredible-Mixtape.600441.html) 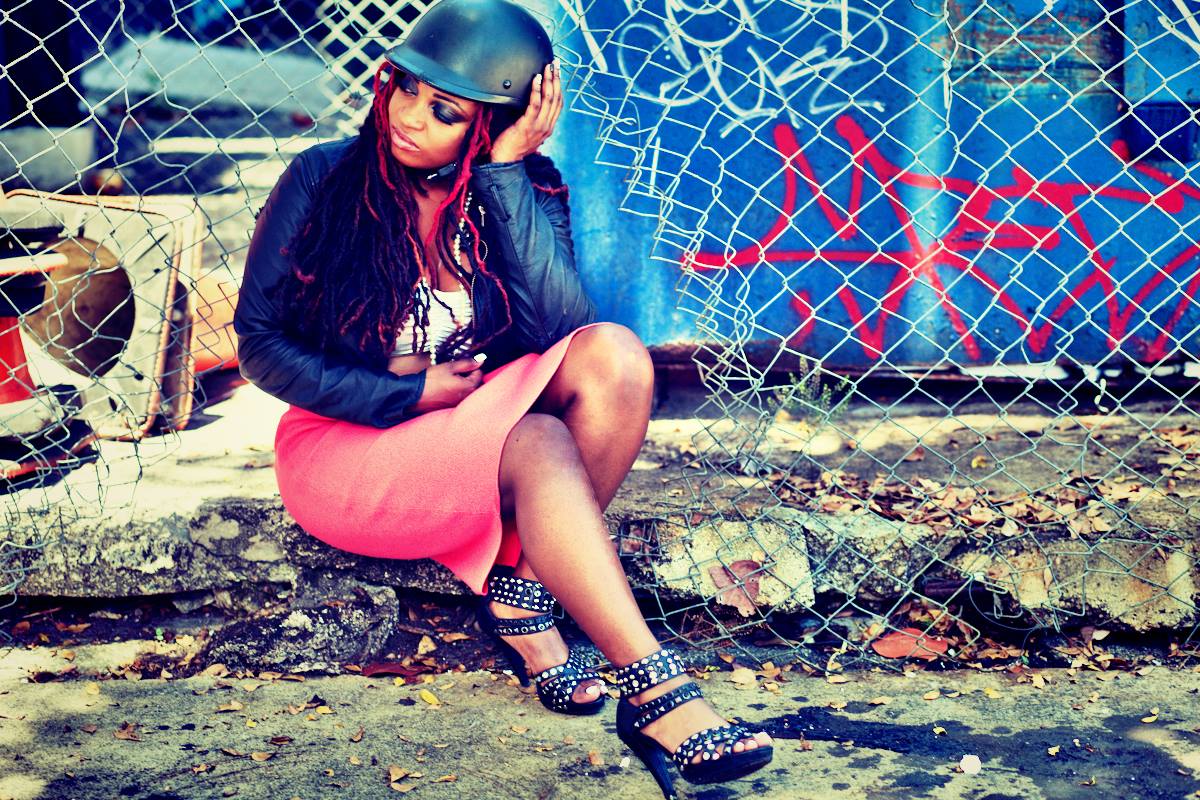 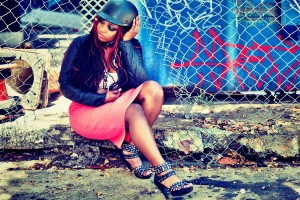 Carmen Skyy is a female emcee that has an huge amount of talent encased in her mixtape “Backstage.” The “Intro” sounds like something you’d hear in a movie. It’s less musical and more Lifetime biopic. Then the actual music settles in with the title track featuring Rheka. It doesn’t sound like a overly pop track, it has substance to it. Giel hops on to help with “Glitter” and unlike that Mariah Carey movie, this “Glitter” is something to put on repeat. Things do get a little pop, but more on the dance side of things with “I’m Ready.” I thought it was reminiscent of what Black Eyed Peas would spit out with Fergie delivering the rhymes. We get a hip hop fueled love song with “I’m a Believer” and then simplify things with “Be.” All in all “Backstage” wasn’t what you’d expect. When it’s easy for female emcees to fall into the same boat and be pushed out to sea, Carmen really does a good job defining her sound and style. If you’re into musical individuals, check out Carmen Skyy. (http://carmenskyy.com/#page2)

When you get into Gemini Rick’s “Versace Vision” mixtape, you’re in for a good time. “Versace Vision” has a great beat to it and the lyrics are telling you what this guy is about. Then he asks a very important question in “Who Can U Trust.” This one has a very upbeat delivery compared to the last. It has more energy and more potential to grab listeners in an instant. Gemini Rick is full of questions as he then gets into “How Can You Judge Me.” Then he rebels and gives us “I Do What I Wanna.” This one starts out wish what sounds like heavy breathing and then the breath is caught and the song comes through and is sick. This one is definitely on top of the must-listen list. Finally, “There She Go” comes through as smooth as could be. It has a very Drake, Cash Money feel. If you like your hip hop fine tuned, check out Gemini Rick’s mixtape “Versace Vision” out now. (http://www.datpiff.com/Gemini-Rick-Versace-Vision-mixtape.554018.html)

Gooh Official’s “Humble But Hungry” is a all-around good time mixtape. “Humble But Hungry (What About Me)” featuring Neek Neek sounds like something that would’ve been killing it on the radio in the ’90s. It has this soft R&B intro that will remind people of Monica thanks to the soul of it. Neek Neek’s back to help out Gooh on “Doing Thangs.” Those two are a perfect team but Gooh can step out on his own to make his presence known like with “Broken Love-Lorn.” He keeps things flowing slowly and it really gives you a chance to hear what he’s saying in his rhymes. He also does his own thing with “In Yo City.” This one picks it up and really is a good way to not only cap off the mixtape, but this review. So if you’re into young emcees doing it up with an old school vibe, check out Gooh Official’s “Humble But Hungry,” out now. (http://www.datpiff.com/Gooh-Official-Humble-But-Hungry-mixtape.613895.html) 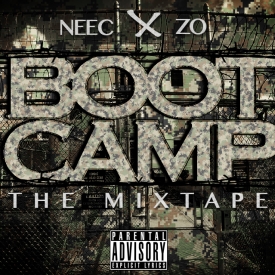 Neec and Zo got a new mixtape out and they’re ready for you to take it in. So let’s dish about “BootCamp The Mixtape.” “BootCamp” comes across strong and that’s because it is. When “Oh Boy” comes around there’s a back and forth between spitting out things fast and taking it down, so it’s like this up and down. With “Never Lose It” you get one of the best off “BootCamp The Mixtape.” “Bad Guy” comes across like a mystery at first but once things get going, you can’t help but bob your head along. There was nothing comical about “I Think Its Funny,” but it was a good song nevertheless. If you like young emcees like Drake and Tyga, check out Neec and Zo’s “BootCamp The Mixtape” right now, like right now. (http://www.audiomack.com/album/zo-3/bootcamp-the-mixtape-1) 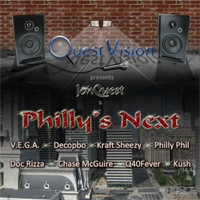 Jon Quest aka Quest Vision has brought together Philadelphia’s best for “Philly’s Next.” It’s a mixtape chalked full of rappers from the city of brotherly love. “Your Boy Is Back” doesn’t hit you strong, but rather lets things marinate. Then you have “Spectacular” that picks things up and showcases what this mixtape is capable of. Get a little weird with “Pop It Baby,” realize the obvious with “You Ain’t Beyonce” and get down to “So Fly.” With over 20 tracks, it’d be a crime not to find something you liked. Hip hop fans are urged to check this out. Artists like Kraft Sheezy, Philly Phil, and Kush can all be heard, so check it and find out who Jon Quest feels is “Philly’s Next.” (http://www.phillysnext.com/index.php)

Jamal and Dajuan Curtis’ aka Jroc and drow “The Come Up” mixtape is overflowing with great tracks to adopt as yours to spin time and time again. “Get Rich or Die Tryin” is a sentiment that has been present in the hip hop community for decades but not it’s time for Jroc and drow to put their spin on it. Then you have “Its Nuffin” is a hype song that might say it’s nothing, but to listeners it’ll be a big piece of something. The pair does it up with “Brush’em All,” their freestyle “Dreams and Nightmares” great piano intro, and the simply titled but well crafted “Work.” An album’s worth of tracks on this mixtape and the amount of fresh beats is reason enough to check out Jroc and drow’s “The Come Up” mix. (http://www.datpiff.com/Jamal-Curtis-The-Come-Up-mixtape.554349.html) 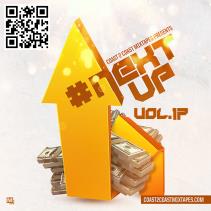 Coast 2 Coast Mixtapes Presents: #NextUp Mixtape Vol. 17 consists of a wide variety of artists from all walks of hip hop life. You have the Weezy like track from Keats Dapoet, “Head Shots” and the Keed Tha Heater’s “Mercy,” that intimidates from the start. Gu$to Grove brings Young Gill along for the ride with the dark sound of “3100.” Chozin also has a demented sound with it’s Warriors intro before he got into “Let Me Be.” The song to follow was actually light and airy. An R&B, ivory arrangement was found on Lynette Louise’s aka The Brain Broad’s “Crazy To Sane.” Then it played into the crazy aspects more with the exclamations. Sky The Trac Rippa continues on with the R&B flare with “Unfaithfully Loved.” So this mixtape not only brings together an array of artists but a buffet of sounds as well to enjoy. Those into both R&B and hip hop should make sure to check out Coast 2 Coast Mixtapes Presents: #NextUp Mixtape Vol. 17. (http://coast2coastmixtapes.com/mixtapes/mixtapedetail.aspx/nextup-mixtape-vol-17) 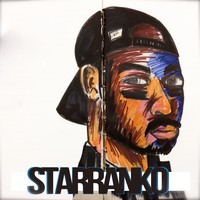 Starranko’s “The Manhattan Project” offers up a wide variety that all falls under the hip hop umbrella. “Hallelujah” name drops a lot, but all in all “screams it out like Kendrick” while “Real Love” continues to use others name — Kelly Rowland for example. There is a big difference here though. This one goes harder in the beat. “Gucci” lightens it up in both the subject manner and the beat. “Hands Up” speeds it up like the “Fast and Furious” franchise, just as “Just Us” slows it down in the best way possible. The truth about Starranko is that he can bring it in any way shape or form — so long as it falls into the hip hop category. He can go hard, but soften it up in an instant. It’s all good with Starranko, so if you like variety from artists check “The Manhattan Project” out now. (https://soundcloud.com/starranko/sets/the-manhattan-project)