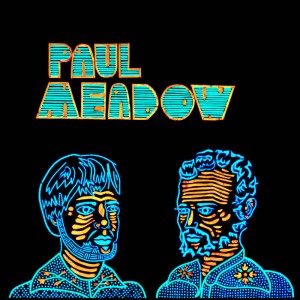 Paul Meadow is a band of two friends who decided to start the musical vehicle after losing their jobs. They did this at a local pub in Brooklyn and gained so much support from music lovers. Their success is largely owed to their commitment to working as well as their limitless talents that they put into music writing. What the duo has produced is a clear indication of presence of talent and unimaginable skills that go with it. Production of top hits that have attracted so many music followers is a right step towards achieving more. The album that is soon to be released offers a platform to judge how far Meadow has come as well as compare its successes and failures. The album Cheap and Easy is to be released come 10th of December will give the band’s fans an early Christmas present.

The album has a number of songs some of which have already been performed at various festivals. These songs are available in a pre-order compilation that can allow fans to download and have an early taste before the actual launch. The Meadow has set the bar in musical production as they have written and composed only the best of what music is. In addition, the band has unlimited creativity that has seen writing and composition of hits that cannot be compared to any other. The artists’ perfection in tuning their systems especially during live performances has seen many people wish to attend so as to have a feel of real music. Their vocals and harmonies performances give the best and outstanding finishing to any musical presentation. The good thing about Paul Meadow’s album is that it provides audience to all age groups. The young will enjoy all that comes with the pop and rock jams performed by the band while the elderly and middle aged are inspired by the cool and mixture of infused musical genres.

The songs available in the Cheap and Easy album are so deep that they have already gained popularity before the official release of the album. This means that the band has put much effort in presenting the best pieces together that will have their fans enjoying each bit of it. The jams may be criticized by some music experts for various thematic reasons however, no one can question the quality of song writing, composition, vocals and the overall creativity entailed in performing these songs. This clearly indicates that what is to be expected from this upcoming album is big; it presents all that any good music album should entail. With adequate knowledge and skills in the musical industry, the band has continued to grow and show immense stability. These are perfect characteristics that have put the band where it is and shown massive prospective growth. Any artist out there who is focused on producing the most amazing hits that will remain at the top for years to come should consider borrowing a leaf from the duo as their music speaks for itself. You can purchase your album online once it is released at affordable rates and be the first to own the Cheap and Easy album.