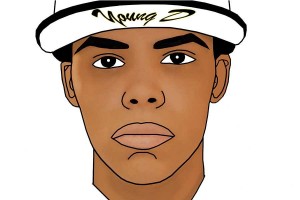 Young D is surprisingly an emcee from Kansas. You don’t hear a lot about the rap game there, but he’s ready to make his mark and presence known. “Get It for Myself” featuring Fred Nice starts out strong and continues on that path towards the end. The hook sounds like Jason Derulo while the rhymes are a bit fiercer. It’s a yin-tang type of thing going on. “One One” showcases the production value in Young D’s music and it’s clear he takes his time and puts a lot of effort into what he does. Any hip hop fan will want to adopt “Hip-Hop Love” as their anthem. It’s not a love song towards another person, but rather the genre that brings Young D so much gratification — and really, music is one of the greatest relationships one can have, ever. Then he goes and name drops Power Rangers, so “Powered Up” may be the best song based on just that. Well, for ’90s babies. If you’re into well-made hip hop that falls somewhere between Drake and Self Provoked, check out Young D. (https://www.facebook.com/YoungD620)