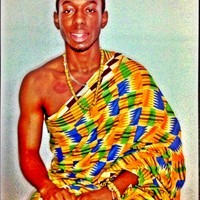 African Mack calls the Big Apple home, but wants to bring his sound to the masses and we think he just might. “Mack” is basically a song about African Mack and what he’s all about. It’s a good declaration and expected from a rapper. They all have to make a claim to get in the game, right? “No Weed” kind of follows the same beat patter and the previous and doesn’t overdo anything. With “Pockets Getting Bigger” is self-explanatory; it’s all about the money, as is “Money N Greens” which samples 112’s “Peaches and Cream.” It’s actually pretty awesome. There was no sample that I could recognize in “Let’s Roll Up and Smoke Alone,” but I could tell you that this is a song that’d be a group sing-along. “Know My Name” slows things down and brings a deeper level to African Mack’s music as does “Fall Back.” If you’re into artists like Drake and Kendrick Lamar, check out African Mack. (https://soundcloud.com/africanmack)