We Can Relate to Mob Boss 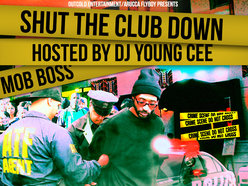 Mob Boss comes from the east side of Detroit, Michigan. Anyone who has heard of Detroit knows that it’s not ideal situations, but at the same time the turmoil you experience can be the best anecdote to creativity. Mob Boss has put his heart and soul into his music and it shows through the cascades of songs that have a universal appeal that everyone can relate to like “Oh No.” Then there were songs that seemed to serve as a musical warning to listeners like “Watch Dem” and “Snitches Get Stitches” featuring Spook. There were actually three though that tied for the “must listen” award. “Ok (Penny 4 Ur Thoughts)” was fun, “At My Best” featuring Lady Blanco was laid back with a killer chorus and “Felony Boy” featuring Prince Dre and Kaper Jones had a line that won’t stop; “addicted to money, allergic to haters.” Mob Boss’ sound is universal, relatable and entertaining. Check him out if that’s what you’re into. (https://www.reverbnation.com/mobboss304)