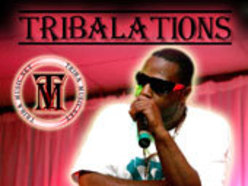 New Jersey’s Tribalations is bringing thought to hip hop. “I Came To Rock” isn’t the party anthem one was expecting. I thought it’d have more of a Top 40 feel to it. Instead it didn’t. It was more about setting up what Tribalations is all about. “So Exclusive” had a better beat than the last and really is a summer jam thanks to it. It could be the best from him as a whole package. G Way hops on “O.M.G. What Was That” to serve up a song that sounds very mature and like earlier Nas. The force of “Mastermind” is on point and some of the strongest you’ll get from Tribalations for sure. The same can be said of “Rise To Power” though. Remember when I wanted a party anthem? Well, it’s clear that Tribalations isn’t an artist you head to for cheesy hip hop. He’s a serious artist making rhymes that make you think. Check out Tribalations today before you get to anything else. (https://www.reverbnation.com/tribalations)