“Time of My Life” by JopauL Is Not Much To Celebrate 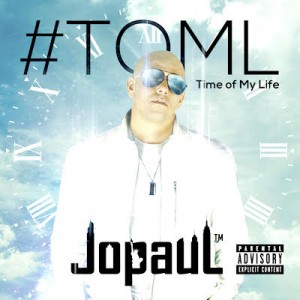 In the already saturated and over populated world of party music another record about the party life of party people is welcomed, as one would expect, with a big drowsy yawn. Yes parties are kind of fun, party people are always on fleek and the party life is definitely trill. What more is there left to be said about this tired old theme?

Well apparently our friend Jopaul really believes he has something new to add to the conversation, but I can say it is not something we have not already heard several hundreds of times before. “Time Of My Life” is pretty much stuck in a retro time warp, and it is so retro I am quite surprised Jopaul did not see his own face staring right back at him from his rearview mirror as he drove away from the scene of this awful crime.

“Time Of My Life” may have made an excellent movie soundtrack if Bill & Ted were on another inane adventure or a new journey depicted by some teen exploitation bubble gum Hollywood production that was in the works. Well, since that is not the case it is really nothing more than a sadly revisited bunch of themes and some left over clichéd lyrics served up with a bit of reheated beats and lame riffs. The unimaginative songs sound like they were written around the lackluster hooks as nothing more than filler; very high in empty calories, but exceedingly low in nutritional value.

Tune titles like “Aww Yeah”, “Party Started” and “Take Me There” gives you a pretty good glimpse of the level of intellectual engagement to be expected from this new album. It is about as enthralling as listening to some inescapable drunken fool who corners you at the end of a party and whose every other sentence is the question, “Know what I mean?” Well yes I do, and frankly, I just don’t give a damn, my dear.

No cigar for this one.