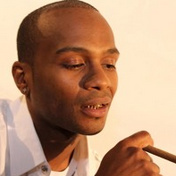 Tha Tonic does his own thing, his way. “FHFM” is not the song I’d start out with if I was throwing a party, it’s more laid back and doesn’t ever really do enough to stand out. In “Cry” there is more to the music that it does a great job of pushing the song out in the center square more. Plus, Tha Tonic has more pep in his step this time around and doesn’t sound bored with his rhymes, but more content. Speaking of pep, it’s fully found in all places, “#Selfie.” It’s not the most popping track, but it has more personality than we’ve heard. With “Frequency” I think he’s finally found his stride for the style he’s going for. He’s laid back but this one keeps it interesting and intriguing from start to finish because of little bursts here and there. In the end, Tha Tonic doesn’t make that hip hop that could be mistaken for pop, nor does he come from a gangster rap background. Instead he creates music that’s his unique take with a laid back approach. If that sounds like something you’d be down to listen to, check out Tha Tonic now. (https://soundcloud.com/thatonic)