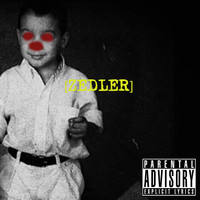 Stan Zedler does it all, he writes books, slams poetry and even busts out some rhymes. So let’s focus on his musical aspects now. “Zedler” is a beat laid over talking with some rhymes. It sounds scary at times, like something a bit intimidating from Zedler’s end. “Wanted” isn’t as harsh as the last, but it still packs a punch and doesn’t play games. Once you get to “Audition” you’ve found a steady footing with this emcees style and you can expect rapid fire lyrics coming at you with a sense of anger. After all that, the “Grey” comes through like a misfit. It’s demure and has none of the aforementioned elements. Then things pick back up and get to normal with “Derelict” featuring Tenski. It’s one of the best ones with a shout out to “American Horror Story.” Then we go back to that weird, experimental place with “Sunflowers & Roses.” It sounds like something from “American Horror Story.” It has a horror/suspense feel to it. If you’re into hip hop that can get a little obscure but still has that true blue base, check out Stan Zedler now. (https://www.stanzedler.com/)