SMK-ONE Has Two Sides Worth Knowing 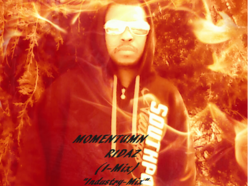 SMK-ONE was raised in Kansas City and since he was younger has been making music for years now. Today this rapper goes back and forth with his sound from radio ready to aggressive, more abrupt Hip Hop. Songs like “About U (fin Song)” and “Wake Up” are the ones that anyone could be a fan of. They both play it safe, but one of them outshines the other though. “About U (fin Song)” has a feminine touch to it that gives it an extra oomph when brought to the masses. Adding the female on it would aid it when going from the mixtape to the radio. On the other side there are the songs that genuine Hip Hop fans would lover. Songs like “Grippin’ Grain (Durty)” and “Get Em” featuring Rook da Realest were very aggressive. They sounded like an attack, a force to be reckoned with. Somewhere in the mix of things laid softer tracks like “Hey Daddy,” which was the most personal and showed the human side of life. (https://www.reverbnation.com/smkone)