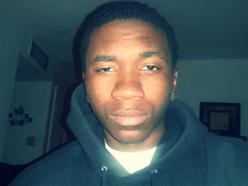 Rob Solar is a young MC who has his mind and music in the right place. Instead of glorifying the bad things in life, his outlook is different than many. He strives for a better tomorrow and does that through song. He is also a confident person, which is can be heard in songs like “Kingz.” He also has a social insight in that track as well lamenting, “Don’t trust the government.” Had he written it today, it’d be because it decided to shut down for some reason. Anyways, the confidence in his self continues to ride high in other tracks like “By Any Means” featuring Malcolm X. Yes, the Malcolm X. Rob Kolar intertwines his self perseverance with Malcolm’s speeches to bring to life a song that’ both entertaining and inspiring. Things slow down though at one point when you get to “Now Life.” It’s not as hip hop as the others, but still remains under that umbrella. If you’re into social awareness and change in your music, check out Rol Solar. (https://www.reverbnation.com/robsol)