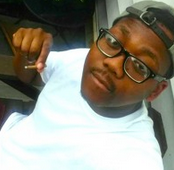 Over in Clarksville Moze is doing it up and making you think. “Life Lesson” isn’t what I expected at at first but then the rhymes came through, but I will say that soulful intro was quite welcoming. It eased me into Moze’s smooth delivery that came not too long after. In “Midnight Drive” we get that same format, only the beat is what has this throwback sound to it. It’s not too far back, just to the ‘90s neo-soul movement. It sounds like a beat that Common would’ve used back when he was starting out. Hip hop fans will instantly recognize where he’s sampling from in “Divine Nectar” while “High School Graduation Night” gets a little too real and “Words of Wisdom” lays things down on a real level. If you’re a into hip hop that’s a little in between Nas and Fetty Wap, check out Moze now. This is just a handful of what this emcee has up his sleeve and we’ve barely begun to scrape the surface. (https://soundcloud.com/so_moze)