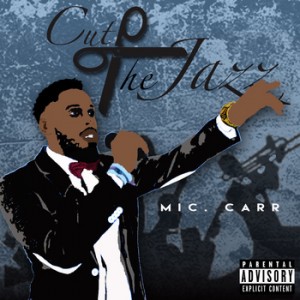 Mic. Carr’s “Cut The Jazz” makes you think you’re in for one thing and then another pops off. “Give to Get” starts out smooth and then you’re welcomed by a very calm storm of hip hop that has a sense of refinement. With “Second to None” you’re introduced to more singing than rhyming right off the bat. Then vocals like Common come through and you’re taken under a musical spell with a sample of what sounds like “I Wanna Sex You Up.” A little R&B flare settles in nice with “Nothin’ Better” as Ronny Soprano does his thing with Mic. Carr on both “Somethin’” and “The Move.” Wrapping up this record is what appears to be the best, judging by the title, “MVP.” What’s great and what listeners should know about Mic. Carr is that his style comes across as a poet and not as some run of mill rapper like Lil’ Wayne. Mic. does his thing with a sense of class and it’s all on “Cut The Jazz,” out now. So check it if you’re into that neo-soul hip hop scene. (https://micmusic9.bandcamp.com/album/cut-the-jazz)