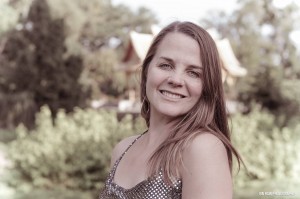 Some might consider near one hundred eighty degree artistic turns from established artists tantamount to career suicide. The historical success of such shifts is spotty at best. Often, most famously in the case of Bob Dylan, initial rejection can be attributed to uncomfortable alien shake soon followed by comprehension and widespread acceptance. However, more often than not, such style turns are signs of desperation or an increasingly wayward sense of artistic control. History will likely prove that Mary Bue’s sonic and songwriting revision, evidenced by her new album Holy Bones, is the moment when she moved up a few pegs and made her claim to longstanding artistic legitimacy. Any comparisons to the Sarah McLachlans of the world will likely fade after the extended dissemination of these eight songs. Mary Bue has found the appropriate spotlight at last.

“Candy” introduces listeners to her new direction with passion and refreshing musicality. Her band takes a jangling pop-rock slant that’s more intent on copping the right feel rather than hitting its marks. Despite the shambling and jam-like qualities, the effect is never scattershot. Instead, the music and Bue’s vocals leave a vivid impression within a minute. Bue and her band romp through “Cheribum” with damn the torpedoes abandon threatening to fall apart, but never quite sinking into chaos. The edge of disaster threading through this brief track has great punk spirit and focus.

The album’s title song has impressive swing enlivening its steady tempo and the clear production enhances a feeling of intimacy. The guitars sound mere feet away and Bue’s breathy vocals massage the ear. The song shows a singer and band quite at home with bluesy sonic shades. Bue and her collaborators hammer their way through “Heart’s Desire” and the sparking clash of instruments over the light-footed tempo never sounds forced or heavy-handed. Garage band aesthetics are the foundational DNA of the surprising “Put Up”, a near-perfect synthesis of rawboned punk and 1950’s rock and roll. It isn’t entirely an academic exercise in pastiche as the band peppers the arrangement with a number of subtle tempo spikes.

“Archaeology” has a wonderful premise, but the dreamy tempo doesn’t hold enough surprises to withstand its length or highlight its inventive lyric. The indistinct musical thrust strikes an unfortunate contrast with the detailed and heartfelt songwriting. “Veal”, far removed in subject matter from its predecessor, nevertheless shares the same outside the box spirit. Bue chooses to write from the point of view of a young calf awaiting slaughter. It will likely divide many listeners, but it’s an unquestionably memorable bit of song craft that strengthens the album.

Holy Bones has far more invention than we have a right to expect from established performers, but it’s clear that Bue’s interest isn’t in laying fallow and exploiting proven formulas but, instead, expanding her horizons as a human being and serious artist. This ranks among the year’s most interesting indie releases.