Machie Rei Has All Tempos 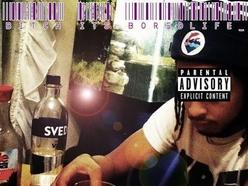 Machie Rei isn’t even old enough to buy a drink but this Chicago native sounds like a hip hop vet with the level of professionalism one can find in his music. Working with the likes of ZatTooLive on “Gnarley” was a good choice. Both men brought it like an urban version of Dr. Suess. Every line had a rhyme and every rhyme was nailed. Then there was his partnership with Lil Vetti on “Next Level,” which both equally delivered it hard. Machie Rei could also do things all on his own too though, no doubt about that. “Swaggin’ on the Beat” is destined for the club,” while both “Iced Out” and “Bloody Mary” had a laid back, cool feel about them. Machie Rei could land on either end of the hip hop spectrum and come out on top thanks to going soft on tracks like the ones I just mentioned and then picking it back up with songs like “Phoenix.” If you’re into diversity in pace, check out Machie Rei. (https://www.reverbnation.com/machierei)