Lorieaux and His Chilled Style 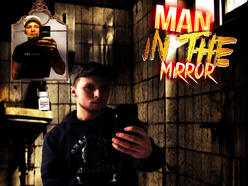 Lorieaux can be summed up in one phrase; low key ball of energy. His music resonates with Hip Hop fans from across the board. It has all the elements in it to make it pop, but at the same time it flies on cruise control. Okay, let me explain that a little more. It seems like every song was this cool, calm and collected piece. There were times when energy surpassed a 10 and broke the scale, but for the most part Lorieaux delivered a steady pace in each song I cracked open. “Body Count” had the darkest feel of them all, while “Still Smokin’” set the mood for what was to come. It was as if Lorieaux smoked a bowl and then went into the studio. Things were on point, but the delivery never would’ve gotten him a speeding ticket. Even songs like “Turn Up,” which you would assume would be off the wall, was calm. The only one to exceed the limit was “To The Top,” but that did not garner it best in show. That title belongs to the familiar but modern version of Tracey Chapman’s “Fast Car” which Lorieaux remixed and turned it out right. Kudos on that one. If you like Hip Hop that’s not all about the horns and whistles and just lays it out for you straight, then check out Lorieaux. (https://www.reverbnation.com/lorieaux)