Light It Up with K Reezy 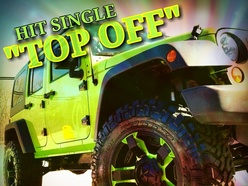 West Palm Beach Florida is known for their beaches and their party scene and with that, we’d like to introduce you to an emcee who is about to be added to the list; K Reezy. He starts things with “Jeep Song (Top Off).” It’s rap intertwined with a rock base and because of that you want to bust a move while headbanging. He’s got a light Machine Gun Kelly feel, but not as rapid paced as the boy from Ohio. In “Been Doin’ It” we get more of a party vibe. The last song came across as an attitude stricken track, while this one is more fun. With that, he takes an inspirational turn as we head into “Never Stop.” There are a million and one songs out there and it’s never not nice to hear one giving hope to listeners. Then in rolls “Bank” and we’re back to the mixtape feel, all about them Benjamins. It’s clear that when it comes to style, K Reezy doesn’t like to stick with one sound and plays around with it. If you like your emcees with a defined musical pallette, check him out now! (https://www.reverbnation.com/kreezy669)