It’s All a Balancing Act with Canton’s Cali 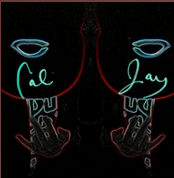 Learning to balance things is something not everyone can do. That is not the case for Canton’s Cali. The drawn out intro to “Don’t Deserve” builds up a sense of dramatics, and then he comes in with this demure touch of passion. You think he’s mad at the world, but he’s really mad himself for messing up what he had with someone he cared about. It’s quite an interesting track. In “Underground” we get a similar start, but then when Cali comes in he’s less about the sadness and more about creating a track that the gang would get down on when cruising around in the whip. As soon as that one’s said and done, we head back to the emcee who packs a lot of emotion into his rhymes thanks to “You Really Just Loved Me.” If Cali ever wanted to switch it up and leave hip hop to pursue R&B, he could. He has a good set of pipes on him but for now the balance between rapping and singing works well for him. We remain on this singing kick into “Memory in June” and overall this one is his best vocal performance. He hits all the marks as we head into our last one with him, “What I’m All About.” This last joint has a bit of an ‘80s feel in the beat, but the rhymes break that apart and we end on a rapper’s delight. If you’re a fan of emcees who can also bust out a heartfelt track or two, check out Cali now. (https://soundcloud.com/calvinjamescriss)