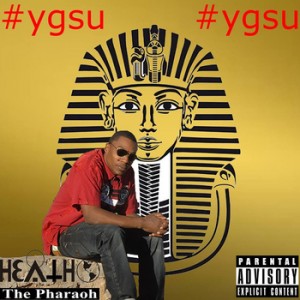 Heatho the Pharaoh’s “#YGSU” is a throwback to some classic hip hop. We waste no time and jump right into things at the start of the record with “O.S.N.S.” It has this low key attitude to the delivery but one cannot deny that it’s fly as heck. For a song called “Dat Loud,” it’s not as wild as one would initially assume. It’s rapid at times, but not this overtly hype track that would turn it out. We step back into the late ‘90s with “Candy Alligators.” It sounds like something from those days of Cash Money. As the record plays on, “Get It, Got It, Good” is where that wild track comes in and makes you stand up and take notice of what Heatho the Pharaoh can really do as an artist to get the party started with a reality based jam. Closing out the album is one with a futuristic feel, “Gorilla Ballz.” The beat has a spacey vibe and it’s a good way to cap things off. If you like early Cash Money, check out Heatho the Pharaoh’s “#YGSU,” out now. (https://heathothepharaoh.bandcamp.com/album/ygsu)