FOHI Presents An Array of Talent 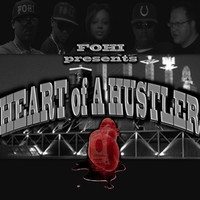 FOHI Records presents artists who know how to handle a beat and their rhymes. Frank EZ and JBK bring the heat and represent the FOHI fam well with “On Fire.” JBK is a heavy hitter for the label as you can hear him go nice and slow with CJ on “Grinding.” It’s like a R. Kelly and shout out’s “South Park” with the Starvin’ Marvin reference. Pop culture junkies will appreciate that one. Then he’s back with Frank EZ for “Get Money$,” which I thought would be this out of control song. Instead this one was collected and composed. Just based on hip hop tracks in the past about Benjamins, I expected this one to not be so serious. I quite enjoyed that change. JBK then teams up with Misha for “Candy Man.” Now, I’m not sure if all the candy mentioned were symbolizing other things, but as someone who enjoys sweets, I appreciated this song. Frank EZ proves he doesn’t always have to have JBK by his side, and brings HP along for “Here We Go.” What I like about the music from FOHI Records is that it’s never overzealous and everything is done in moderation. It never feels like they’re pushing the music on you. If you like hip hop that’s chill enough to make you calm down, but at the same time gets you hyped for life then check out what’s coming out of FOHI Records. (https://soundcloud.com/fohi-records)