Dub Diamond Raps for the Lord 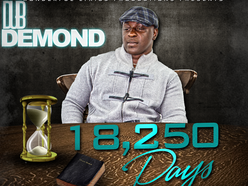 Dub Diamond is a self-proclaimed songwriter who is “out to do God’s will and share” his testimony. He paints a picture of his past, present and future in his music. Dub puts his soul into his songwriting to capture the essence of the strength has given him to overcome obstacles in his own life. With “Gotta Have Christ” he shouts out all the things that Christ has done for all of us. He’s not preaching, just reaching out to spread the gospel in a way that’s more modern for the youth — through hip hop. Dub Diamond even confesses that he wasn’t always perfect but has since found his way through the lord, and music obviously. Dub Diamond is for those who want to hear the lord’s word but in a new way. You love the gospel, but you’re also a fan of hip hop; then you’re about to become a fan of Dub Diamond. (https://www.reverbnation.com/dubdemond?profile_view_source=header_icon_nav)