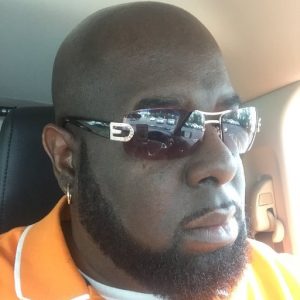 Swirling synthesizers, vibrant sexual energy and a confidence than cannot be shook are all present on the hottest single from Choqlate Songbird yet, “Stay Down (By My Side).” It’s a constant struggle, in a life we embark upon alone, to find someone that will always be around for us no matter what the circumstances. Questions plague us as we search for someone to ride with into the unknown; will you be there if I’m a nobody? Broke? Homeless? Without a paddle in this journey out of misery? Our own idea of self-worth becomes a bigger and bigger issue when we start to find successes in life and consider what we had to go through to arrive there. The idea of being used or manipulated is a thorn that stabs in our side when we try to start something new. All these themes and more are explored in “Stay Down (By My Side).”

The great lakes region has a long history of embracing beat poetry as a cultural standard, from the age of Rudy Guy and the urban beat boys to the acapella laced hip-hop of Bone Thugs and Harmony. Like a fine wine, in recent years the Chicago and Cleveland scenes have developed an intense rivalry in pursuit of developing the next dominating sound in the business, with the stakes never higher than they presently are. With so much attention being paid to the rap community right now, and audiences hungry for evolution in the genre, which has seen moments of stagnation on the east and west coast scenes as of late, whoever takes control of the creative direction of the scene will have immense influence over the coming generation of artists to be. Someone should tell the establishment that down the highway from Cleveland exists a town called Columbus, the state capitol of Ohio, nestled deep in the heart of the blue collar state. Columbus is establishing its own presence in the conversation, and no one is more prominently in the picture of that scene that Choqlate Songbird, who ironically found himself in Ohio by way of North Carolina. Choqlate means business, and although his rhymes may be as sweet as the candy that he takes his moniker from, his attitude is all business, creatively taking the most professional approach to every track he lays down.

A standout from the new extended play Choqlate Elements, “Stay Down (By My Side)” lacks any of the commercial traits that superficial fans expect to hear when they spin a new rap single. First off, Choqlate largely rejects the term rapper in favor of lyrical conversationalist, which by itself implies much more sincerity than rappers are often afforded. As a lyrical conversationalist, Choqlate Songbird pays much more attention to the dialogue in his songs (and indeed dialogue is the right term to describe his lyrics), with the overall tone of his music geared much more towards self-awareness than bragging and bravado. With a mind as complex as his, Choqlate Songbird is definitely one of hip-hop’s premier minds to watch right now.