Chill Out with Young Z 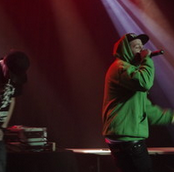 You don’t hear much about the hip hop scene in Colorado, but Young Z is about to change that. “Life’s Good” featuring David Frederick has a sick beat that goes throughout and sounds like something from The Ying Yang Twins camp back in the day. He’s all about creating a captivating beat that gets you hooked, and the proof is in the butter and the tunes. That sentiment doesn’t stop as we go from “Good” to “Bandwagon.” Then we roll on to “We On” with Eric The Almighty helping out to give this one an extra ounce of oomph. It’s time for a remix as we hit “Believe Me.” This one is easy to follow along to. Young Z isn’t one to spit fire when he rhymes. He takes his time and fans will appreciate his laid back approach to hip hop. Then he proves me wrong and picks it up with “Bitch You Would.” This sounds like a song that would be popular with high school kids, but would never get played at the school dance for obvious reasons; maybe a house party instead. We’ll close this out with “Closet Thing.” What is great about going from “Bitch” to this one is the energy shift.” Young Z can really change lanes swiftly and can showcase a all sides in a definitive manner that’s to be respected. If you like well rounded artists, check out Young Z sooner than later. (https://soundcloud.com/youngz605)