Bodega Bowie Does His Own Thing 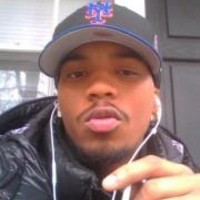 Bodega Bowie reps Hot-Lanta well with his take on the hip hop realm. “Truth Juice” is not only a song that every chill hip hop fan needs in their life, but also something that needs to be a reality. Imagine if there was such a thing. D. Sims helped produce “Scroll” and it starts out sounding like a metropolitan hotel lounge bar. Then Bodega Bowie’s rhymes come in and it takes on a new persona. He then gets some help from Beezy Latta on “ShowTime” and together they create a really suave track. Speaking of suave, “Growing Closer” sounds like something Ashanti would be a part of back in the day when she was big in the game. It has that female counterpart on top of the rhymes and together they produce a well rounded piece of work. If you like hip hop that’s a little street but definitely well thought out, check out Bodega Bowie today. (https://soundcloud.com/bodegabowie)