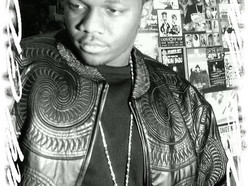 New Jersey’s Big Proph has the means to make it, so be there when he does. “Swagg” was kind of what I expected it to be. The title was looped throughout and that’s all you got on top of a beat that was meant for consumption at a club. Laprophecy & Kos help out on “Slo Down.” This one really sets the bar for the rest of what Proph has in store. It had the hip hop thing going on, but it was that R&B flavor that made it simmer. Laprophecy is back for “Black Ice.” It does its thing, but doesn’t outshine the other. However, it does get major points for shouting out “Clueless.” Then in walks “Hustle Hard” and its flow really stands out among the others. If you were to dissect all Big Proph has to offer, this one would come out the victor for the music alone. He’s hustling and it’ll definitely pay off in the long run, so join Big Proph on his journey to the top and get on him today. (https://www.reverbnation.com/bigproph)