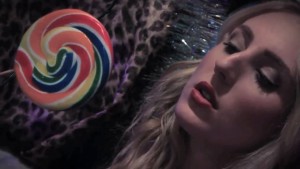 You can count Emily Gold as the most enticing new artist you haven’t heard in 2015. Okay, maybe somehow through some social channel you’ve stumbled upon her music, but the chances are low with the only release to date being an EP. Emily is on the cusp of releasing her first full-length, Recluse, and this is real music with real feeling and emotion. It’s not orthodox, though it does owe somewhat of a debt to many great bands of yore (Low, My Bloody Valentine, Swervedriver, Pink Floyd, Portishead), but it’s completely original even when stacked up against those legendary artists.

Turning her back to established ideals and going against the norm, Emily Gold and her band plays a cycling, rotating, revolving shoegaze style of music that hasn’t seen large popularity since the 90s. Jarboe, Jesu and Weed have tried to reignite the genre in the 2000s with some great works of their own, but nothing seems to be breaking through. Gold could be the one. Track to track, this album tells an interconnected story through music from the austere, heartfelt drone of “Drowning” rippling directly into the deeply lathed, lo-fi rock of the title track and then reverting to the minimalism of “Cyanide Lollipop,” a tune that sounds like it could have been recorded by any noted riot grrl act in the early 90s (though it possesses more tunefulness and a better flair for composition). The track arc weaves and bobs into the floating, weightless r & b of “Love Moves” which contains shuddering bass, drums and vocals with co-composter Dave Burris etching guitar minutia into every minute of the song. “Not from Here” operates with much of the same mission statement, remaining low fidelity throughout but allowing room to breathe in the form of pop-addled choruses and louder instrumental bursts with piercing, ringing guitar chords. “Out of Touch” borrows some of those clang-y chords for its chorus but this song is almost as hooky as any number of pop-punk tunes on the radio, even if it’s from an entirely different state of mind and style. “Shadow” melts into a hot, molten magma of bluesy vocal phrasings played out atop digital beats and earthy rhythms; a stellar companion piece to the entrancing “Love Moves.” “Intangible” is also cast in that mold and boasts the album’s most triumphant, fluttering chorus where Gold really lets her melodies fly. “Dizzy (Let Go),” “Retrofitting” and “For the Night” all bathe in the afterglow of 90s shoe-gazer rock but also feature some of the most wisely placed, blazing guitar riffs on the album with rhythmic pounding to match… a very different side of Emily Gold and her band for sure (especially the really loud breakdown closing out “For the Night”).

The tight production, distinguished songwriting and overall charm of this record are hard to top. There is a quality and consistency here lacking in many records I’ve heard recently. This impressive full length debut promises a wonderful future ahead for Gold and her listeners alike.