Young T The Messenger Reps for the Midwest 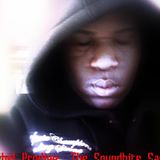 Young T The Messenger is a young MC from Illinois who takes his influence from acts like the outspoken Kanye West and the West Coast gem Dr. Dre. “The Underground (Burn My Lungs)” shows that music is what Young Y was meant to be in the spotilight of the underground scene.”Lyrical Alumni” featuring Stephun (not to be confused with “Family Matters'” Stefan) sounds like one of those songs that you’d sit on your front porch and sing along with childhood friends and recollect memories with for some reason. With “Dream Smasher” it’s hard to tell who the killer of dreams is. Is it Young T, or is he talking to someone OR is it one of those things where we’re own dream murderer if we lets others win? It sounded like a song of defeat at times but then it had parts that wore confidence. We don’t know who “Riley Cooper” is but they were important enough to get their own, quick shout out from the MC. Young T delivers his rhymes at a pace that lends itself to be enjoyed but those who don’t have quick ears. If you like hip hop that’s not afraid to take its time most of the time, check out Young T The Messenger. (https://www.facebook.com/YoungTMessenger)