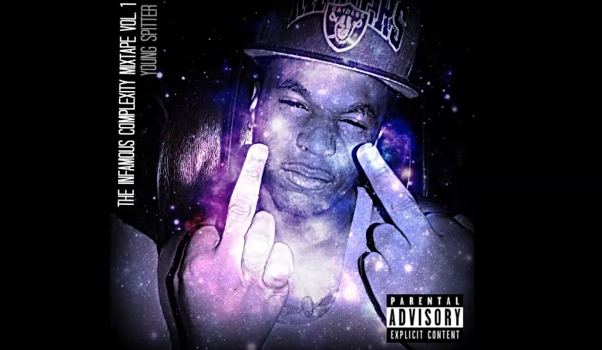 Boys will be boys and when those boys are Young Spitter you have to expect the content that comes from his rhymes. In the grand scheme of hip hop culture, you have those who exact change, those who make party anthems and those who dive into their sexual side. The majority of Young Spitter’s lyrics involve a certain part of the female anatomy. If you were in search of hip hop that has appreciation for a particular word that alludes to the female nether regions, then Young Spitter may be right up your alley. Songs like the slow jam “Highway,” the grinding power of “Smoking Loud” and the one that proves that Young Spitter isn’t a slave to the females out there. He will stand up for himself and declares it in “No Games.” Of course I felt more strongly towards the songs that stepped away from his regular ammo and brought something new to the table with “Don’t Fuck with Me” and “Would You Be Around.” If you like hip hop that’s clearly labeled NSFW but is still entertaining and well made, check out Young Spitter. (https://www.youtube.com/watch?v=9ykPcakFPCs&feature=youtu.be)