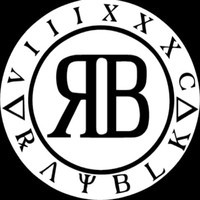 RAYBLK’s east coast influence is so apparent; it takes less than 30 seconds to hear it. “Tales From The Dime” sounds like the place it was born and bred; New York. It’s weird when you can hear the artist’s hometown influence in the way they present their music. “Versace” is a track as impressive as the clothing line is borrows its name from while “Ask Why” featuring Raymorea makes you question where a guy like RAYBLK has been hiding. You feel like you’ve been missing out on this hidden gem of the Big Apple. Raymora is back for “Get It There,” but it doesn’t have the same grab as “Ask Why.” Then there’s “Sunglasses” which starts with what sounds like a very old commercial, then goes into “I wear my sunglasses at night…” That line serves as the hook, while RAYBLK keeps things held together with his verses. If you’re a fan of the New York hip hop scene, then make sure not to let RAYBLK slip out of your sight. (https://soundcloud.com/blkisfamelife)