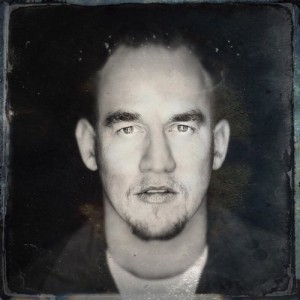 Souleye’s fourth full-length album, Shapeshifting, represents a quantum leap forward for this respected artist and performer. In the ten years having passed since his 2005 debut, Souleye has garnered considerable praise for his lyrical and rapping skills, but despite the uniform quality defining his career, each new release felt semi-shrouded with the whiff of even greater potential. Souleye has stood among the vanguard of the genre for a number of years, but his latest studio album Shapeshifting creates some daylight between him and his nearest contemporaries. Never before has Souleye written, recorded, and released such a well-constructed effort with every nuance seemingly attended to and deliberated over before documenting it for the album. Make no mistake, however, this is far from a sterile, over studied affair. There isn’t a single song on the album that sounds composed. Instead, the eleven tracks sound as if they emerged, full born, from Souleye, a moment of ephemeral inspiration luckily preserved for posterity.

While the opener “Human Overwhelm” sets a strong introductory note for what follows, the second track “Labeled” serves notice that Souleye is hunting bigger game this time around. There is an uniform excellence shared by the vocal, lyric, and backing track. This isn’t some rote take on societal alienation or forced conformity, but a meditation on identity that plunges surprisingly deep and draws blood. “Magic Life” finds, like much of his music, a memorable groove that gives Souleye a vivid musical foundation for his voice. His verbal dexterity here and elsewhere is an unsurprising highlight. He dabbles with funk a little on “Rage Free” and his musings harbor a darker air than elsewhere while still ultimately affirming his values. A bit of the musical brawler comes out in “Starting Point”, by far the album’s most aggressive track. “Word Won” continues in a similar musical vein, but Souleye’s intricate wordplay assumes new dimensions here. It’s difficult to imagine how impressive this track will be in live performance, but it demands to be a highlight of any future concerts.

“The Victim”, Shapeshifting first single, is an excellent choice thanks to its infectious groove and the seamless marriage of Souleye’s voice with another platter of delectable beats. The rising and falling keyboards and metronomic percussion have a tighter focus here than elsewhere and the lyric stands as, arguably, the album’s finest distillation of Souleye’s vision. The final song, “The Archer”, wraps things up on an affirmative, if slightly elegiac, note. Souleye’s intelligence shines through once again and the track makes excellent use of a variety of voices. There’s a surprising pensiveness that makes it a compelling closer.

When his life is over or his career concluded, observers will likely rank Souleye’s Shapeshifting among his finest works. There is rare artistry at work here – the layers of detail, sonic or verbal, and the surefooted construction point to a performer with considerable ambition and the talent to pull it off. It’s difficult to imagine where Souleye can go after this, but it will certainly be worth following.