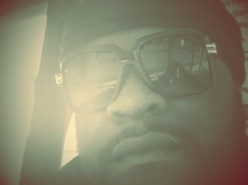 Skyla Mac is a Jersey boy telling tales and making beats. “Da Hunger n Da Hustle” is more like a monologue at first than a song. Then not too long after it starts, Skyla Mac gets to it and gives listeners a biographical account of what he’s been in. This song serves as his base and from there he stands tall. Then with “Take Me Away…” you have a feminine touch with the intro that sounds like some SWV. Like the last, Mac comes in sooner than later and goes hard. It’s hard to pick one of the other, so just fall in love with both. If you like artists like Joe Budden and The Game, check out Skyla Mac now. (https://www.reverbnation.com/skylamac4)