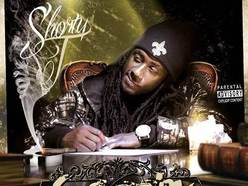 When you’re born and raised in the dirty south, it’s bound to show up when you create. That is the case when you’re talking about Shorty Thug from New Orleans, Louisiana. He comes out of the gate fast with “Ain’t Nothing New” and pulls ahead of his peers thanks to a song that doesn’t quit. The chorus is where it’s at, it’s louder and more ear catching. After that, I thought Shorty Thug was going to be all about the abrupt approach, so I was taken aback when you heard the sensitive side of him in “Let Me In.” The title’s the hook and the R&B part that sounds like something Joe would sing, and Thug himself raps softer to the point where you could see a tear in the corner in his eye, imagine that. That doesn’t last for long as “Sick of this S**t” begins and the Thug is back to the same ol’ same ol’ and doesn’t care if anyone hates on him for it. That’s the basic concept of the song. If you’re a fan of artists that can flip the script like Lupe Fiasco but can also bring that ghetto fabulous like Lil Wayne, then check out Shorty Thug. (https://www.reverbnation.com/shortythug)