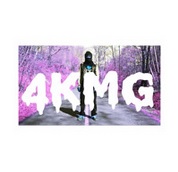 J.R LaFlame is repping the Seattle scene with his laid back take on the rap game. “Pilot” introduces us to his sound like a pilot of a TV show would to its main characters. With this, he’s like a hip hop version of the rock band, The Gorillaz. Listen closely to the vocals for that one. That chilled factor of his music continues with “Second Quarter.” He is coming hard, but like a gator – waiting for the right second to attack. With “Memories” he sounds more like he’s spitting out spoken word than a rhyme while he’s serving up some dreamscape like music with “ReFLEXtions.” It starts off very hazy but then comes through fast and quick. If you’re a fan of hip hop that sounds like the hottest underground, check out J.R LaFlame out of Seattle. (https://soundcloud.com/jrlaflame)