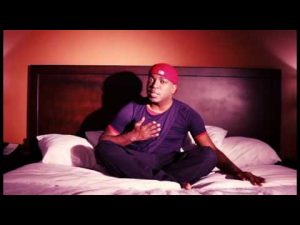 From the album – Introduction To Retro-Funk, by Ronnue, comes the new single “17 Days (The Hood Mix)” featuring Figus & Roc Phizzle. His style is influenced from music from the 70’s, 80’s and 90’s combined with today’s beats. An American singer, director and music producer. He started out producing music for local Seattle and Atlanta artists. Frustrated with the current state of music, he decided to come from behind the scenes and record and produce his debut album. It’s getting a lot of plays and that can be seen around the internet in vast numbers and this track should do more of the same.

To change the scene one song at a time is what Ronnue is up to, and he’s positively forging out his career and making his own footprints. It’s been said that he’s taking what Bruno Mars is doing and giving it his own twist. But that is what Bruno Mars did with others as well. Ronnue seems to carry a few last names, and goes by Ronnue McThomas as producer, which on this track he shares production duties with Roc Phizzle. It’s not known to me if they’re all Ronnue, himself, but I wouldn’t be any more surprised by that than I was to hear Prince did all his own instruments on his recordings.

The talent combined here is what’s so remarkable, and it’s somewhat tricky to nail what it’s all about, but that’s why Ronnue isn’t like everyone else out there. He’s making his own way as an artist and leaving his past behind. It’s a very well-arranged rendition of what is hard not to agree did Prince some good as a mid-tempo ballad with a delicate piano. This is more cerebral without changing the whole song beyond recognition, but it does keep the same overall feel because when they sing instead of rapping, it’s on par excellence with Prince, make no mistake about it.

You can’t stop the music from taking on its own life sometimes, and Prince has very few tracks in his catalog that the fans don’t love, so Ronnue couldn’t have picked a better track to work with. The voices all work together like no other and it let’s the sparks fly in the right places as they come together at all the right points. It’s almost like a serenade they way they turn this track out and make it something of their own. That’s a tall order for anyone to live down but if you’re going to cover the best you might as well go all out.

It’s never forced or anything, so going all out might sound ironic, but it’s in the subtle parts where the rest of the compelling work is done. It all bodes so well together you’ve got to give credit where credit is due, and I’m glad I heard Ronnue’s version, it sits well next to the original track on my playlist, and for that I’m also recommending it. And all this came to my surprise as well, because I was not sure how it would sound and couldn’t place it in the mind until hearing it, which completely turned me around and I enjoy every minute of it. One listen and there’s no speculating how it’s going to be, get the single and see.