Quan Li Brings A Lot to the Table 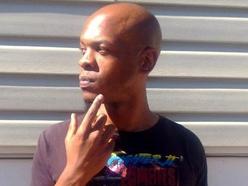 Quan Li is a instrumentalist, but has put that aside to showcase what he can do on the mic in the hip hop world. If “Get Lower” is any indication, then he’s got a good grasp on what to do. Moving on, if Willy Wonka has a beer factory his oompa loompas may’ve sang “My Drank” thanks to the parts that sounded very Wonka-ish, the music also attributed this image coming to mind. Things are explode with “Tick Tick Kaboom” with some help from Malice Black. It was definitely a rightfully titled song. Quan Li is also a game and dedicated “Getem” to his fellow video game enthusiasts. Well that was different, but welcomed. Quan Li has a lot to offer as far as quantity, but he also had a lot of quality tracks to chose from as well. If you’re into acts like Gucci Mane and Waka Flocka Flame, then check out Quan Li. (https://www.reverbnation.com/quanchi719)