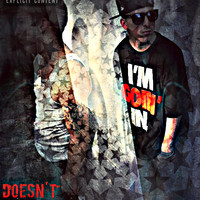 Nathan Crist spends his time doing music as Patron727. He proves looks aren’t always what they seem. “Just Drink” isn’t what I expected. From the look of Patron727, I thought this was going to be a hard as heck rap song and instead it was this lively club song that sounds a bit pop with a pinch of hip hop; hip pop. Patron727 doesn’t have time to waste as he is very adamant in “I Don’t Got Time For This.” While this one is a bit more rap than the last, the music makes me think of music from the likes of Chris Brown. It’s for radio and a young crowd. He may not have time for it, but if you do I’d check out this catch track. “We On Fire” follows the same path as the others with its dance beat laid on top of a sick beat. “Now I Got You” sounds like what Justin Bieber is going for in his music, maybe he should take notes from Patron727? Yes, yes he should. As “Its Alright” says, yes Patron727’s music is alright if you’re a fan of Brown and other artists who take hip hop and make it pop. (https://soundcloud.com/nathan-alexander-crist)