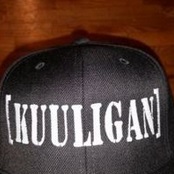 Kuul has a cascade of sides up his sleeve, each as great as the one that comes before it. At first I wasn’t sure what to expect from “Next Move.” The start sounds like it’s a club track that’s about to get things started but then when Kuul comes through, that vibe is gone and in walks his cool, calm and collected demeanor. What was a pleasant surprise was Spanish tossed in the mix. Showing some love to where he calls home, “New York, New York” gives off a lot of attitude and really gives off the impression of a true, blue New Yorker; aggressive and composed. Last up, “Rugged” showcases another side of the emcee. First we saw his heritage a bit, then his home and now this one seems to be all about his personal style. If you’re a fan of east coast rhymes, check out Kuul now. (https://soundcloud.com/KuulYork)