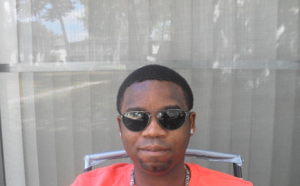 Mafiah Suggz is an emcee who puts his heritage into his sound like no other. “Yuh Pussy Good” isn’t for the prudes of the world. That’s for sure. It’s got a dirty title but a sick Rasta beat. Then you have “She a Roll With Me.” The Rasta doesn’t stop as Mafiah Suggz’s island vibe isn’t going anywhere. It’s his thing and makes him stand in the same crowd as Sean Kingston and Akon. When you ge to “Girlfriend Would You Want to Walk Di Aisle” you get this very upbeat song of romance from Suggz. It’s not unusual for hip hop to have those types of songs, but it’s still interesting to hear that emotion played out during such a festive beat. If you’re into hip hop that resides on that Jamaican feel, check out Mafiah Suggz now. (https://www.youtube.com/channel/UC8n2Vm7H8B7xg3GHA0ub-bg/videos)