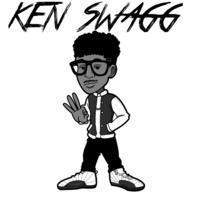 Ken Swagg takes his underground style and tosses in some familiar ways of the past. “Killin Shyt” is a command and he really wants people to know that he does what the title details. As for the song as a whole, it’s a good one that I can see younger hip hop fans getting behind. It sounds like something you would hear on MTVu. K. Morgan hops on “I’m Yours” and they deliver a sensual R&B joint. One would think that “Wife” would have been another R&B hit – romantic. Instead it is about taking someone’s girl, well their wife. It’s not the soundtrack from that Queen Latifah movie, but Ken Swagg’s “Set It Off” is just as entertaining. You get a little modern take on ’90s R&B with the freaky ways of “Ya Panties Off.” The same can be said of “Ya Body Callin” as well. So with Ken Swagg you get a good mix of underground hip hop and chill R&B. So if that’s what you need in your music library, check out Ken Swagg right now. (https://soundcloud.com/kenswagg-music)