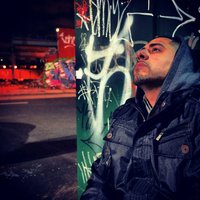 Over in New Jersey sits O.V The Caribbean King, a man who takes what he sees and puts it on a hip hop plain. “Run Away” is a song you have to play a few times to really take in everything he is tossing out, in a good way. You want to be engulfed in the tale he’s telling. With “Judge Me” there’s this good hook in that really allows for this one to get stuck in your head after one listen. The rhymes are good from O.V The Caribbean King, but he was smart to add that R&B flavor. Then things round out with “The Prophet.” If these three were competing in the Olympics, it’d be a close race but this one would go home with the bronze. If you’re looking for some East coast rap, check out O.V The Caribbean King sooner than later. (https://www.jango.com/music/O+V+The+Caribbean+King?l=0)