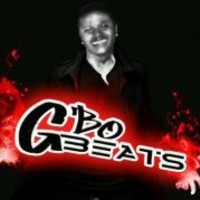 Gbo Beats makes music that’s heavy on the party rotations. “My Body On Yo Body” is a song featuring Catt Daddy that’s an explicit take on a romantic night. But hey, sometimes you have to be straightforward with those things. We step away from the bedroom for “Tonite I Want Smash.” I’m not sure what that means, but can tell you it’s an energetic track that sounds like a good time for those involved. “I Came to Pardah!!!!” is exactly what it sounds like. When you’re that hyped about the night and walk in and are ready for a good night. Then Gbo Beats goes into the details of this pardah aka party. When “I Stay In My Lane” started, I wanted it to be about a traffic confrontation. It could’ve been, but it could’ve also been a symbol for like and sounded like a futuristic track. If you’re into hip hop that’s a full time party, check out Gbo Beats. (https://soundcloud.com/gbobeats)