Flipping Hip Hop on Its Side with Bydezign 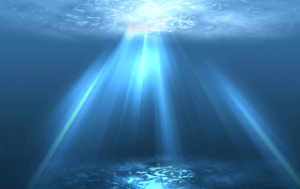 When you take hip hop and flip it on its side, you get Bydezign. “Void Life” starts like a trippy ’70s rock track but then rhymes start to flow through and you’re transported to another world. There are even some Middle Eastern sounds tossed about that make this truly an interesting piece of music. It doesn’t stop there, oh no. “Exchanges” offers listeners an earthly sounding beat. It’s like something you’d hear at a yoga session in the middle of a rave- if that exists. In “Devotion” the rhymes are back but it’s like world music taken to the streets. That Middle Eastern influence is back in full effect in “Trial and Error” in this track that transcends as Bydezign comes in with his signature style. If you like your hip hop with new elements that are typically unused in the genre, check out Bydezign now rather than later. (https://www.youtube.com/channel/UCo0b7rIRXU0awY9lA-OFyAA/videos)