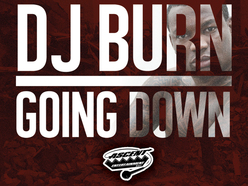 DJ Burn isn’t your every day rapper. He was born in West Africa and hasn’t been far from music since the age of 9. Five years later after taking in LL Cool J and R. Kelly, DJ Burn started to write his own lyrics and hasn’t stopped since. “Going Down” is one of those songs that just get a crowd going. It’s got a sing-along factor that’ll make for a good time. “Party Started” is like the last in that it’ll get people going. It’s a dance song that allows it to be treated as such. “Champion” goes away from the party and into the seriousness of DJ Burn’s sound. “Thanksgiving” is another one that stays away from the club and showcases the serious side of DJ Burn. If you’re into hip hop that can be both the life of the party and a conversation starter, check out DJ Burn. (https://www.reverbnation.com/floppy77)