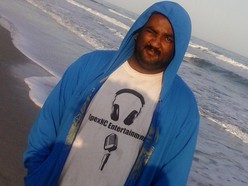 Da Natural Beast is a former Army man who does what he can to bring a layered effect to the world of hip hop. “Hope It” sounds like one of those songs that accompanies a video that’s done very raw and showcases a real take on life. That seems to be the way all his music plays out. It’s got that street documentary feel, especially in “The Mineral.” Da Natural Beast knows how to play up the upbeat tracks though with songs like “The Confidon” and “Down on Lynch Street.” Something a little different comes from “This Is My Attack” though. The pace is kind of somewhere in between the hyper beats and the laid back street feel we talked about first. If you’re into MCs who are dynamic, check out Da Natural Beast. (https://www.reverbnation.com/DaNaturalBeast)