Courtney Chambers – Tales of the Aftermath 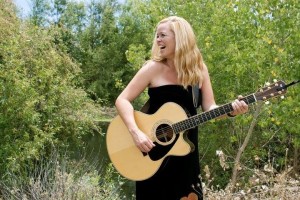 Courtney Chambers – Tales of the Aftermath

Courtney Chambers is far from the stereotypical blonde haired California girl. This native of the Coachella Valley has released a stunning fourth album, Tales of the Aftermath, which marries impressive musical versatility with a poetic sensibility and smoky, impassioned vocals. The stylistic shifts move from a blues foundation into areas as diverse as neo-classical ballads, jangly folk rock experiments, and spare acoustic pieces. Chambers is a multi-instrumentalist, manning both piano and guitar on this release, but it isn’t a perfunctory role. Her playing, particularly on piano, is an important thread in the album’s sonic tapestry. Producer and second guitarist Sean Hoffman, known for his work with the American Music Club among many other projects, creates an evocative virtual stage for Chambers, himself, and the other players to occupy. A bevy of superb atmospheric qualities drive many of the songs, but listeners are fortunate that Chambers and Hoffman alike possess the artistic discernment to never overindulge and drive the songs into heavy-handed melodrama. There is a delicate, yet exquisite, balance between the assorted instruments that helps strength Tales of the Aftermath into a cohesive listening experience.

We hear her savage intelligence and deep soul shining through on cuts like “The Bitter End”. She unflinchingly explores the darker sides of love and relationships while maintaining an indomitable spirit determined to learn from life’s lessons. This emerges from her highly emotive and precise phrasing that brings every line to vivid life. “Love and Music” surveys a softer side of her personality, but there’s tremendous heartache in this deceptively simple rumination weighing the rewards of art over love. “Forget the Gloom” has a different slant than the earliest songs thanks to its focus moving outside of Chambers’ internal world and her compassion when writing about those she cares for is notable and never clichéd. The music’s easy going shuffle beat and her slinky, energetic vocal are an excellent fit.

Some might argue that the widescreen piano ballad “Heart of this Man” is a bit predictable, but it’s a shallow judgment. Chambers, like all artists, will sometimes mine familiar musical and lyrical territory, but in the case of the latter, “Heart of this Man” deserves praise for its unique twist on a familiar formula. Chambers writes from the point of view of a woman disappointing a perhaps suitable man thanks to her own fears about letting him into her life. It’s a disarming and highly effective piece. The following song “Wasting Time” re-introduces the twin guitar attack of Chambers and Hoffman slashing out jarring, off-kilter riffs and chords on the album’s real sleeper track. There’s a light fatalism here that earlier songs lack and it gives the song a much sharper edge. She wraps Tales of the Aftermath up with a bit more of that subtle fatalism on “Winter”, an acoustic based track that achieves its effects through accumulation. Initially, the song might strike some as a bit of a throwaway, less ambitious, but further listens will reveal another chiseled and unquestioningly sincere gem.

This is an album to remember. Chambers is far more than merely another variation on the “female singer/songwriter” brand and revels in her growing ability to work as a stylistic chameleon of sorts. Nothing is off limits in a Courtney Chambers song if it makes sense. This is a fearless work beating with fierce independence and an eye towards posterity. Few albums hold up under repeated listens and fewer still grow in stature. Consider this among the latter.