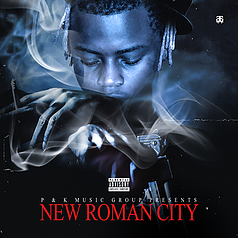 We start out strong with Devin Roman and his “Bout Dat Action.” It’s a laid back track but it’s the track that keeps on giving in that the quick parts that come in spurts give it some pep and life. In “Da Money” we continue on the same path. It’s clear that this emcee likes to take it slow and doesn’t overdo it. He’s not about the flashy hip hop that’s more so for the jokes in sororities, but more so for the purists that like that true hip hop sound. That’s apparent in everything from “Bossed Up” to “Bandz Shawty” to “Trap House.” If you’re the kind of person who likes your rap served up raw, check out Devin Roman now. (http://www.devinromanmusic.net/)