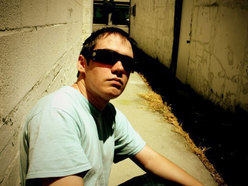 Jay Life calls Utah home and is heavily influenced by the hit makers and game changers Eminem and Dr. Drew. He started writing music at 12 and hasn’t stopped since. So check out what he’s working with. “My Life” is a declaration of what Jay is all about and kind of where he stands about things because it’s his life. It’s a sentiment every person has in them, but not one everyone is brave enough to put out there. “Had A Dream” has this slow almost R&B flow to it while the rhymes are laid over it in a soft spoken manner. Those two were these realistic outlooks on life while “Spaced Out” is a mid-tempo track that could be a reason to get close in the club. It’s not a hard hitting song but it has this sway to it. Ending things with Jay Life is “Above the Earth.” It’s almost a stellar rap song; we only wish the lyrics didn’t sound like they were light-years away. If you’re into hip hop that’s about life and the pursuit of realness, check out Jay Life. (https://www.facebook.com/jaylifemusic)