From SoCal to Texas, BigBomb is Taking Over 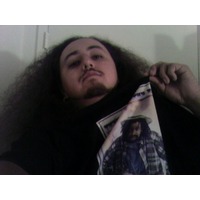 BigBomb is a Californian doing his thing in Texas. “Actionz Speak Loudr than Wordz” sounds more like a skit than a song. It’s a bit confusing…Then you have “Honey Bluntz n a Pillz.” This one is about partying but again, sounds more like a conversation than anything else. Then after a minute the track kicks in and you finally get to hear what BigBomb is all about and it’s a good time. His fast delivery can’t be touched in this one. Then he slows it down with “DrunkDankoholic.” He definitely has coined his own term, and then with “U Blew It” he has this great piano intro that is unexpected but cool. Then that conversational style comes in. Last up is “Want 2.” This one probably fights “Honey” as the best of the bunch. If you like hip hop that’s a little quirky, check out BigBomb now. (https://www.jango.com/music/BigBomb?l=0)