Fox Isn’t the Only Empire in Town, Check out AG’s Empire 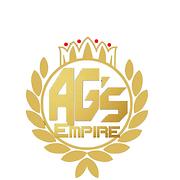 AG’s Empire is a place where hip hop talent shines. They have a tight knit group of skilled rappers and producers looking to make their Empire reign supreme. Mani feat. R.O.B. “Big Bang” has a sweet beat that people are going to attach themselves to instantly. It has this Snoop Dogg in the ’00s feel to it. With “You Already Know What It I$” starts with this beautiful lounge like piano. When the rhymes drop in, they come hard but the music stays elegant. It’s a nice contrast between the two that works out great. We circle back to Mani but stick on the elegant path as far as music in concerned. This time though the lyrics are reality based and have a great story behind them. We hear one produced by R.O.B. now with “Murder in the First.” We step away from the mentality of the previous two and head straight to the street wise ways of hip hop with this one. This guy proves to be a key asset to AG’s Empire as we hear his skills in the construction of “Time Alone” and “Let Me Get It.” If you’re looking for the next crop of artists to get into, check out who’s coming out of AG’s Empire. (https://www.hulkshare.com/AGsEmpire)