Doc La – Look What They Did 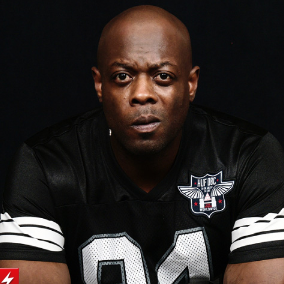 Doc La – Look What They Did

The talent here is obvious from the start and rapper Doc La will make a quick impact on the scene as evidenced by his recent charting on Billboard. Achieving high chart success, number four as of the 1st of February, is powered by his debut single “Look What They Did” is a powerful bit of introspection in a genre not always know for it and it does so unapologetically with hard nosed language and great, intelligent musicality that gets under listener’s skins in a deeply subtle way. There are no clichés here and fans, based on his Billboard performance, have recognized that. This is a talented songwriter serving his life to this point and what he’s had to endure in order to realize his dreams. Sentiments like that transcend genre and drive, instead, to the heart of performance itself and the impact it has an audience. Doc La’s debut is everything top notch rap should be – inventive, physical, and brimming over with personality. Listeners will be quite impressed by this performance, if they are open to new experiences, regardless of their musical preference.

It’s a rare phenomenon in some ways. While hip hop, dance, and country undoubtedly rule the roost commercially in modern music, they remain among the most divisive genres. Music devotees and obsessives often decry their shallowness, their strict adherence to formula, and their often obvious efforts to pander to their audiences Casual music fans, however, flock to these forms because they go to great pains to be instantly relatable for their target audience and they are, simply put, fun. Doc-La, however, goes in for none of that. “Look What They Did” is far from shallow thanks to its lyrics, never panders thanks to some iconoclastic turns the arrangement takes, and rejects any strict adherence to formula. The personal nature of his lyric content sets him apart from his peers, but it is never so personal that it will elude listeners entirely. Nearly any adult has experienced adversity and the feeling that they must never allow it to shatter their spirits. At the heart of this song, it’s about much more than surviving the vagaries of pursuing a music career. It’s about triumphing over the roadblocks life throws in our way.

The music, really, doesn’t take any sort of backseat to the vocal and lyric content. It’s clear that Doc-La has a funky heart in the core of his songwriting, but he never rejects melody. There’s plenty of it in “Look What They Did”. The first hint that he’s capable of more comes in the prelude before the chorus, but subsequent listens will show that it’s just a different manifestation of the same qualities present from the outset. His vocal melody does an excellent job of carrying the song, but later editions announce themselves much more clearly and hook the listener even further into the track. This is an exceptional debut in every respect from a seemingly complete talent now poised, based on the strength of this song, for even greater things. The Billboard success is that first indication that “Look What They Did” is impressing longtime fans of the genre, entertaining, and perhaps even make a few new converts.